The name of the temple refers to the ‘red earth’, an ore, possibly minium, used to create a bright vermilion colour, which was once found here.

The legend goes that before a battle, the Empress Jingu Kougou,  consulted an oracle for the god Niutsuhime who told her to paint her boats red and dress her soldiers in armour of the same colour, to ensure victory. The happy Empress, standing over the bloodied corpses of her enemies (historical dramatisation) decreed a shrine to be built in thanks. 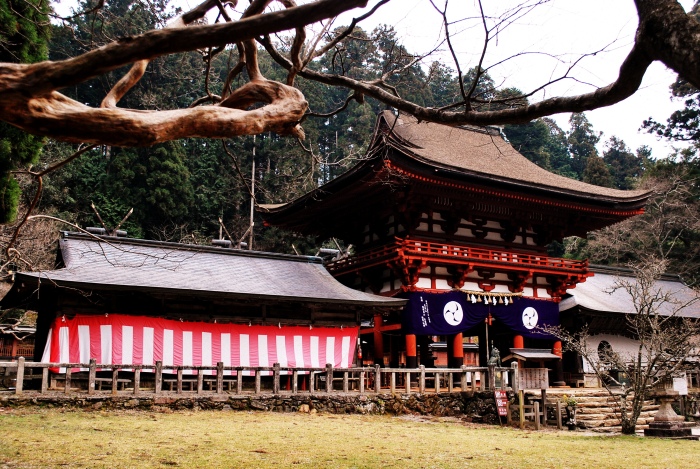 Back in the modern era: despite having just dealt with a bus load of pilgrims, the Kannushi, Shinto priest, and a Miko, were very friendly and open to being bothered with questions.

I was told Niutsuhime Jinja is more than 1700 years old though it had suffered damage during the Sengoku Jidai, warlord era, and the current buildings are around 500 years old. 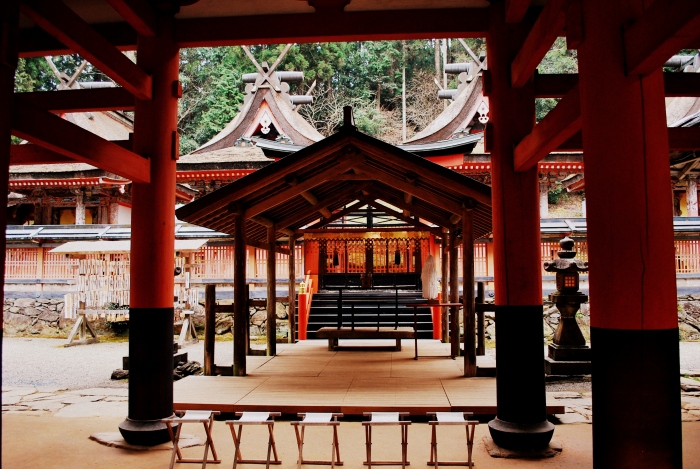 The honden, where the kami (gods) live

From their website, I found that this is also the place where Kūkai, an important teacher of Buddhism, met with two dogs, one black and one white, who would guide him to Koyasan, where he founded a temple complex which still exists today. Because of this shared history the shrine became an important place of worship for both Shintoism and Buddhism.

From that time until the Meiji era in the late 1800s, when the Japanese Emperor declared a separation between Shinto Shrines and Buddhist temples, 56 priests of both religions lived and worked here.

Even today, Buddhist followers taking part in the Shikoku Pilgrimage stop here before heading up to Koyasan and Niutsuheme jinja is considered a World Heritage Property.

Apart from the devout, people come to see the cherry blossoms (sakura) and hydrangeas (ajisai), both which we were too early for unfortunately.

Sakura Matsuri for this year - we were a little too early

Access: There is a shuttle bus  called the Katsuragi cho Community Bus that goes from Kaseda station (笠田駅), on the JR line, to the shrine, its last stop, and back costing 150 yen. 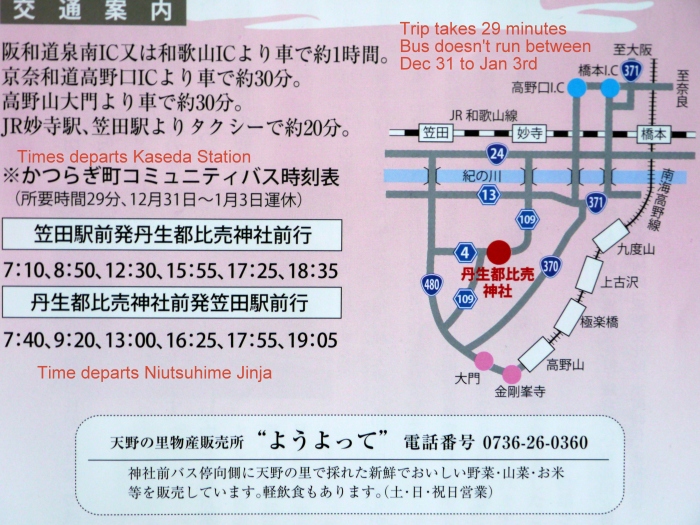 You can also walk. The first time I visited this shrine I did just that with a group of 6 or so other foolhardy gaijin. At that time, small patches of snow were still on the ground, the hike never seemed to end (at least one of our number decided to try a shortcut, thank god we found him again) and we had a lot less day light to walk in. By the time we got to the shrine it was nearing dusk and I have never been more grateful that a shuttle bus service exists than that day.

From Wakayama take the train to Hashimoto, change to the Nankai line and ride until Kudoyama station (九度山駅). From there, walk about 2.5 hours. From Kamikosawa Station (上古沢駅) , which is the next stop after Kodoyama, the walk is about 1.5 hours. Expect a high degree of elevation. 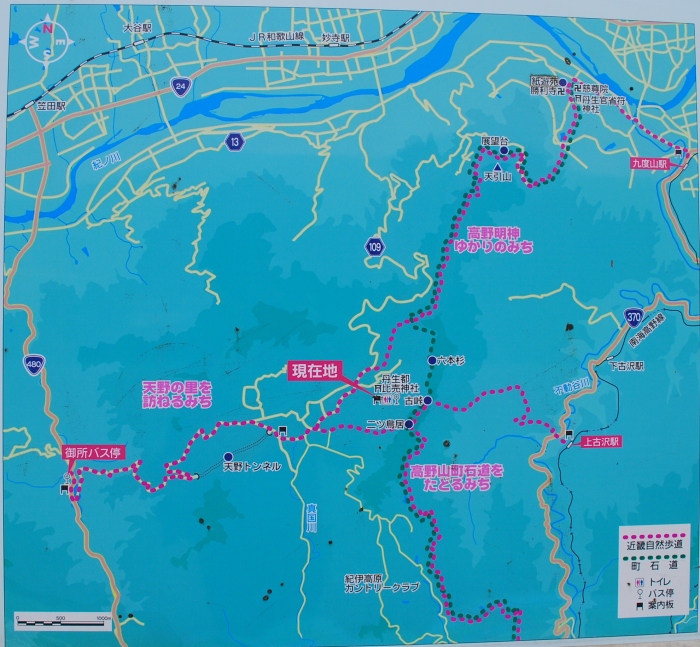 One of the reasons I feel very lucky to have lived in Wakayama is the history, maintained devotedly by the people in this area over the centuries (even millenia!). But apart from the interesting facts, shrines like Niutsuhime are just so beautiful to visit. I recommend dusk (though preferably not after walking), because at twilight the air seems to glow and with the stillness of the mountains surrounding, even for the non-religious like me, it’s a place of contemplation. 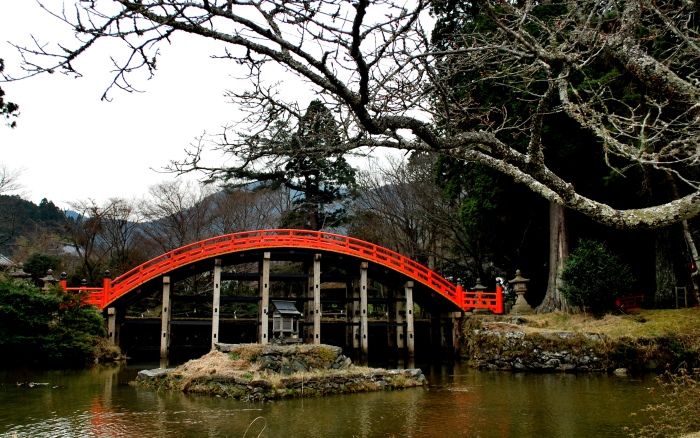