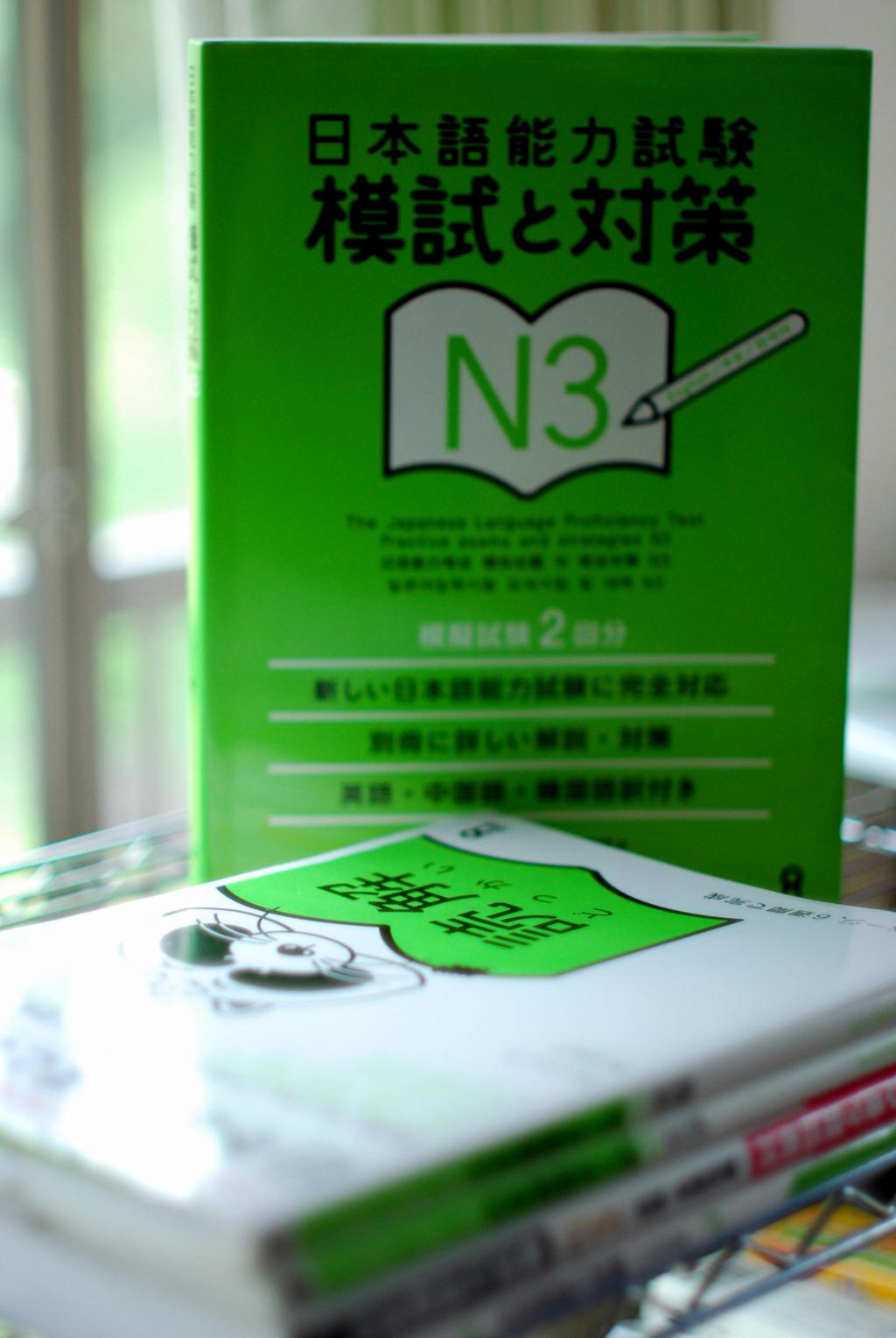 The Japanese Language Proficiency Test (JLPT) is a way for non-native speakers to gauge their Japanese ability in kanji, reading comprehension and listening. Every year, thousands in Japan and abroad take the test, many in order to secure a university placement or job. But for those without a solid cause is there any point in taking the JLPT?

Many have questioned the relevancy of the tests and what proficiency they measure. Living in Japan, I need to communicate in a variety of conversational formats and levels of politeness, as well as via email, though neither skill is tested in the JLPT. Considering the amount of students who take the test each year the logistics would be impossible. Listening is tested, and is usually my strongest area, though for many test-takers not living in Japan this is often the most difficult component.

For many expats, this lack of relevancy to their lives is enough reason not to pay the 5000 yen and give up a Sunday for. However, there is a great advantage of studying for a test: no matter how arbitrary the vocabulary lists seem and even if you fail it, concentrated cramming results in a noticeable jump in competency. If language learning is like a slog up a mountain, test preparation can be like jumping onto a ski-lift for a while. Learners have to be careful though not to get altitude sickness, burn-out and not look at another book again once the test is over, halting all that progress and maybe even sliding back down the mountain.

I took level 3 in 2008, and thanks to the addition of a new level in 2010, get to take the new level 3 this July. Before deciding to take the tests, my study pattern is often lacking in focus and motivation. I was a third of the way through my N3 grammar book until April 2012, when I decided to pay the fee for July. I bought it in 2010. That’s how slack I’ve been.

The tests are standardised, testing a set of vocabulary, grammatical points and kanji. The industrious online community has collated these into lists, flash-cards and home-made quizzes. The high level of support is what makes Japanese an attractive language to learn.

There is also a big industry in selling textbooks, and many language students (me!) end up with a truckload of unopened books.

I try to prepare by assessing my resources: What can I borrow from friends or a library, what is freely available online, what at the bare minimum will I have to buy?

Not all learning aids are equally effective. Kanzen Master and its brief, all Japanese provision of grammar points  and their single examples, has never been helpful for me, though others swear by it.

When I did JLPT3, now called N4, I used Minna no Nihongo 2, the old JLPT 3 grammar book and the now defunct flashcard website studyjapanese.org and for N3 I am using the Nihongo So-Matome grammar book and borrowed two Reading Comprehension text, one from So-Matome and the other called Taisaku Mondai & Youten Seiri.Minna no Nihongo is an excellent series, and I feel that it, along with the free, online flashcards, were all I needed to pass the test. Unfortunately, this time I’ve found there are few books that well-rounded.

So-Matome’s grammar book serves as a handy reference and has mini-tests at the end of each page and a longer test each chapter (the format is to study a page a day for a week, with a test on the 7th day). However, I am often forced to rely on internet data-bases like Tangorin and Jgram to fill the comprehension void.

So-Matome’s reading comprehension is not a challenging book, though Taisaku Mondai & Youten Seiri is. The solutions are given a long explanation in Japanese, and once you’re good enough to understand them, I’d say you’re ready for the test.

There are vocab and kanji books out there, however, for free you can download flash-card program, Anki, along with some painstakingly compiled vocab and kanji decks. For me, the most difficult aspect of test preparation has been absorbing all the required words.

Finally, I always try to get a few mock test booklets. Knowing the test format, and keeping within the time limits can be just as important to practice as the content. This time I bought the N3 Practice Exams and Strategies book and recommend it. Not only does it contain 2 tests, with a CD for the listening tests, but clarifies each solution in English and gives a rundown in the back of how each question is weighted. The Taisaku Mondai reading comprehension book has a mock-test (minus the listening) in the back, which was a nice bonus. Explanations are all in Japanese for extra practice (yay!).

For whatever reason, studying towards a test will be a pain, but also feel like an achievement when it’s over. Though I don’t know how useful two certificates for passing JLPT 3 (or even just one) will ever be, the geeky rush I get when using a studied grammar point or word for the first time makes it all worthwhile.

2 thoughts on “Graded: Preparing for JLPT 3”