Images from the June 30th protest in Oi, Japan against the restart of the nuclear reactors nearby. On July 1st, the government successfully switched the reactors back on. The first since all 54 were shuttered following the meltdowns in Fukushima.

Campers contributed a self designed flag to a Tibetan banner. 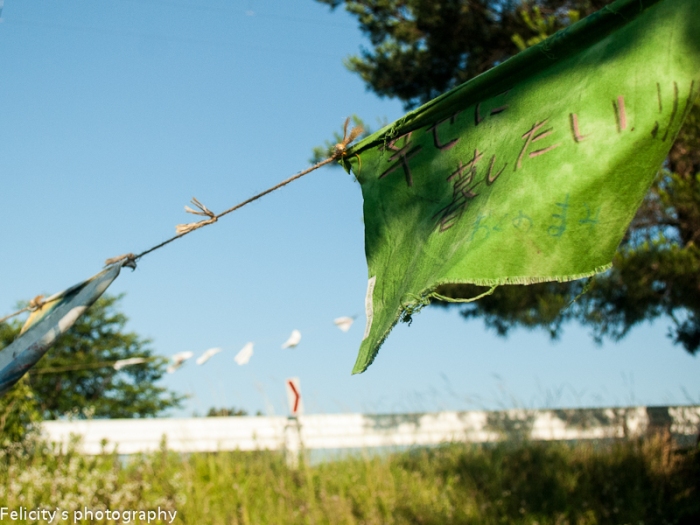 This flag says, we want to live happily 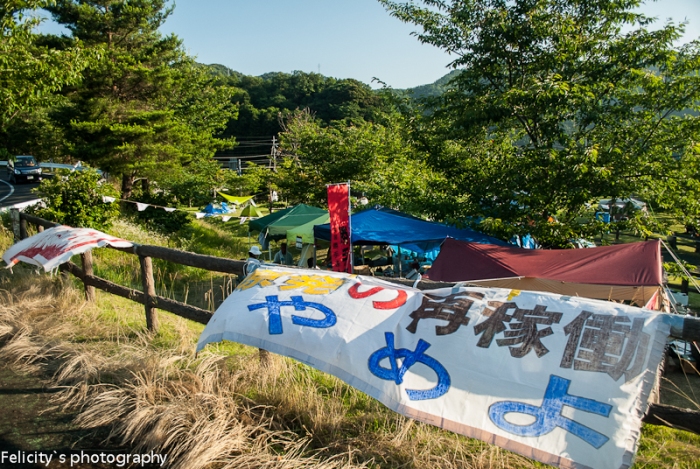 Some basic ground rules like: take home your rubbish! and information regarding opening times of the local supermarket and public baths 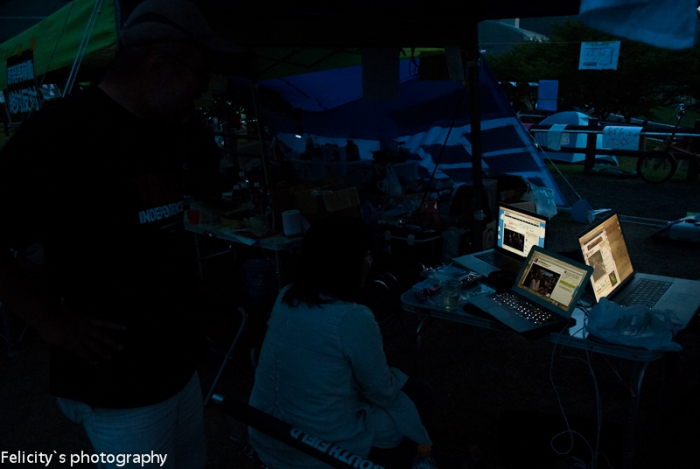 We watched the massive protest in Tokyo via Ustream 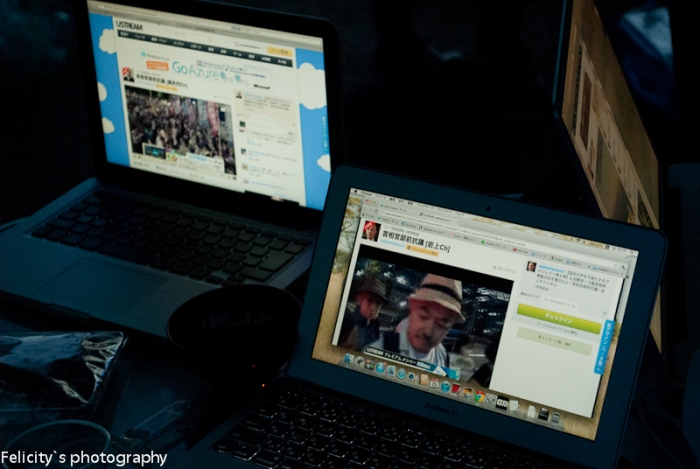 Founder of IWJ, Independent Web Journal, Iwakuni is an ADD man with a mission in Tokyo

My neighbour in the carpark: Kazue and her dog Kiku 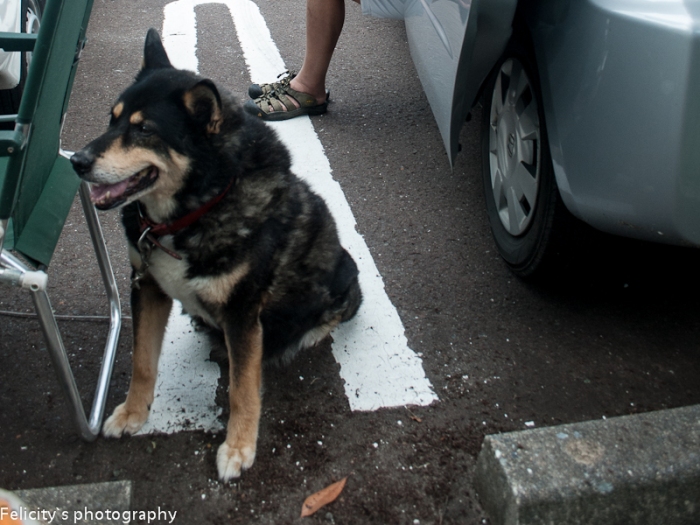 Strangers became friends, people drop in to other’s spots for breakfast. A temporary village is born. 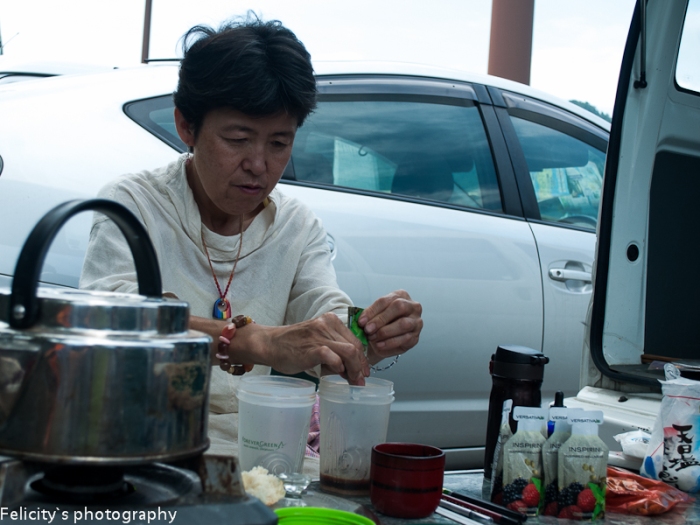 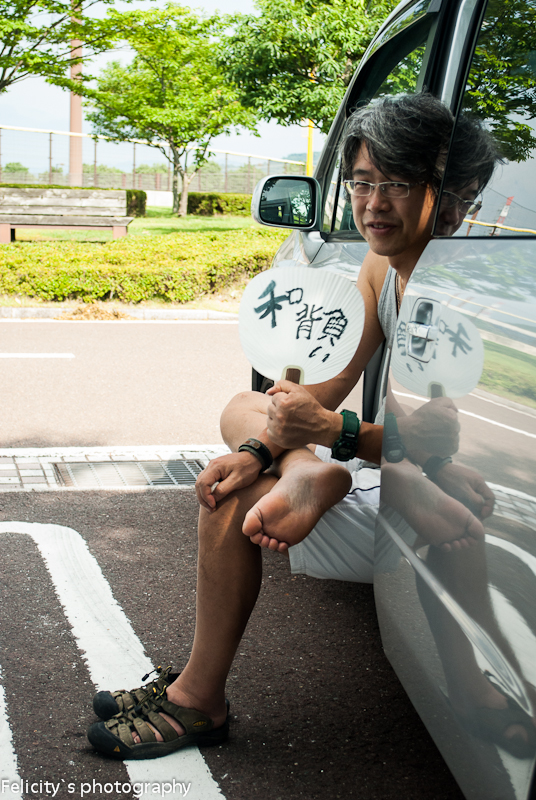 The fan reminds us: Peace is a burden 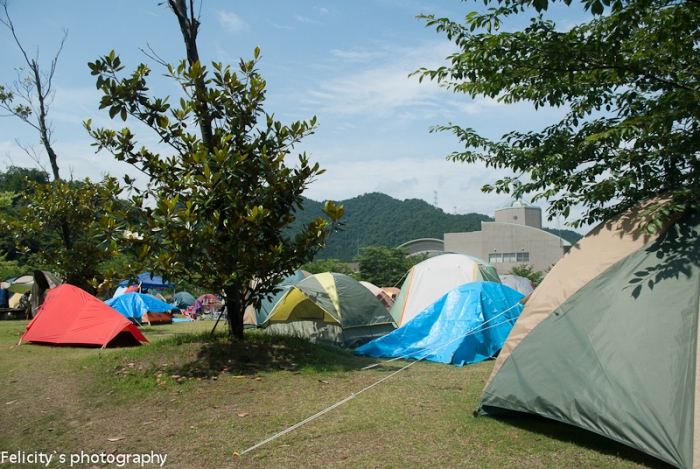