Obon is the Japanese festival of the dead, a time in mid-summer when people, solid and incorporeal, return to their homes. Living family members clean the grave stones of the passed, and special ceremonies are held to mark the first obon after a loved one’s death.

Despite the somber sounding overtones, Obon is often celebrated in energetic festival style, from the Awa Odori dance festival on Tokushima, which attracts 3 million visitors annually, to Kyoto’s burning Daimonji, one of the biggest events in the seasonal calendar.

Fire and light are characteristics of many obon celebrations. Lanterns are strung over roads, or set to float down streams, symbolic of souls and carrying wishes from the living watching on the banks. 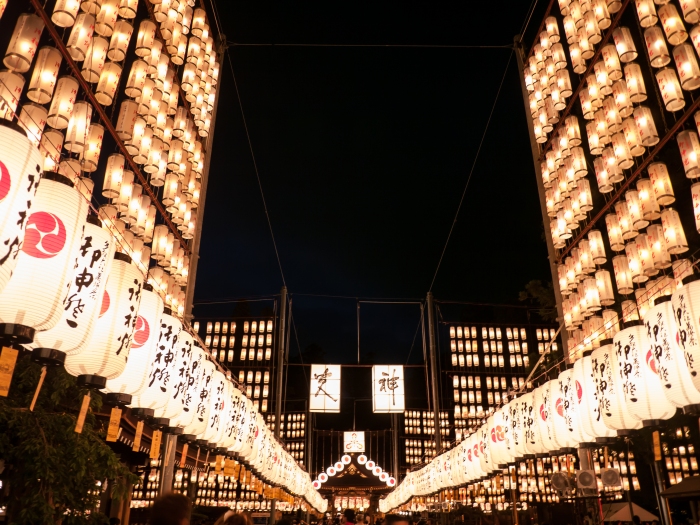 Dominated by light: the view up the main pathway inside Taga Taisha. 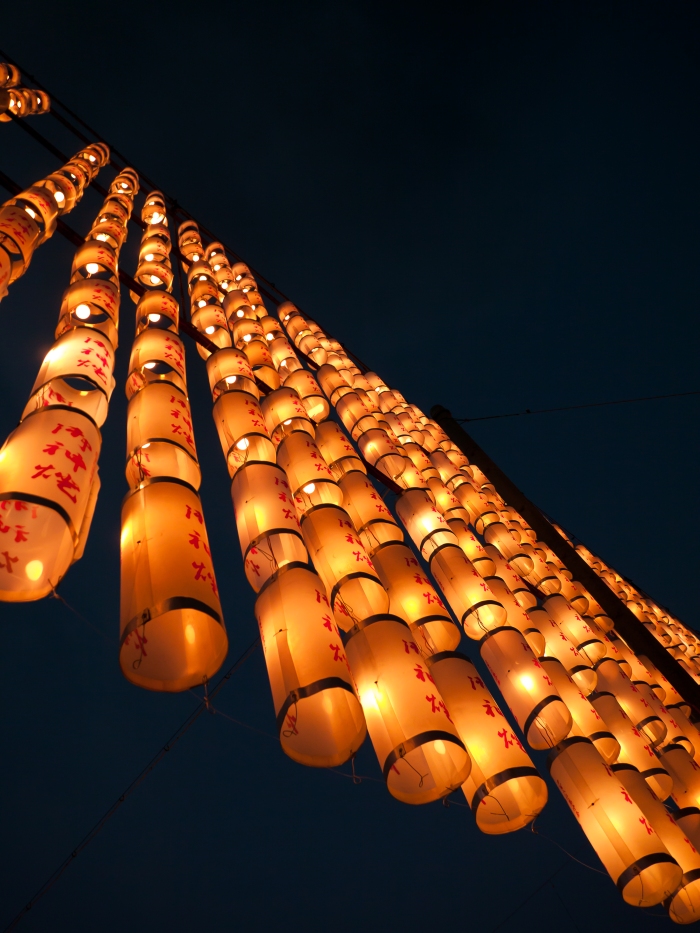 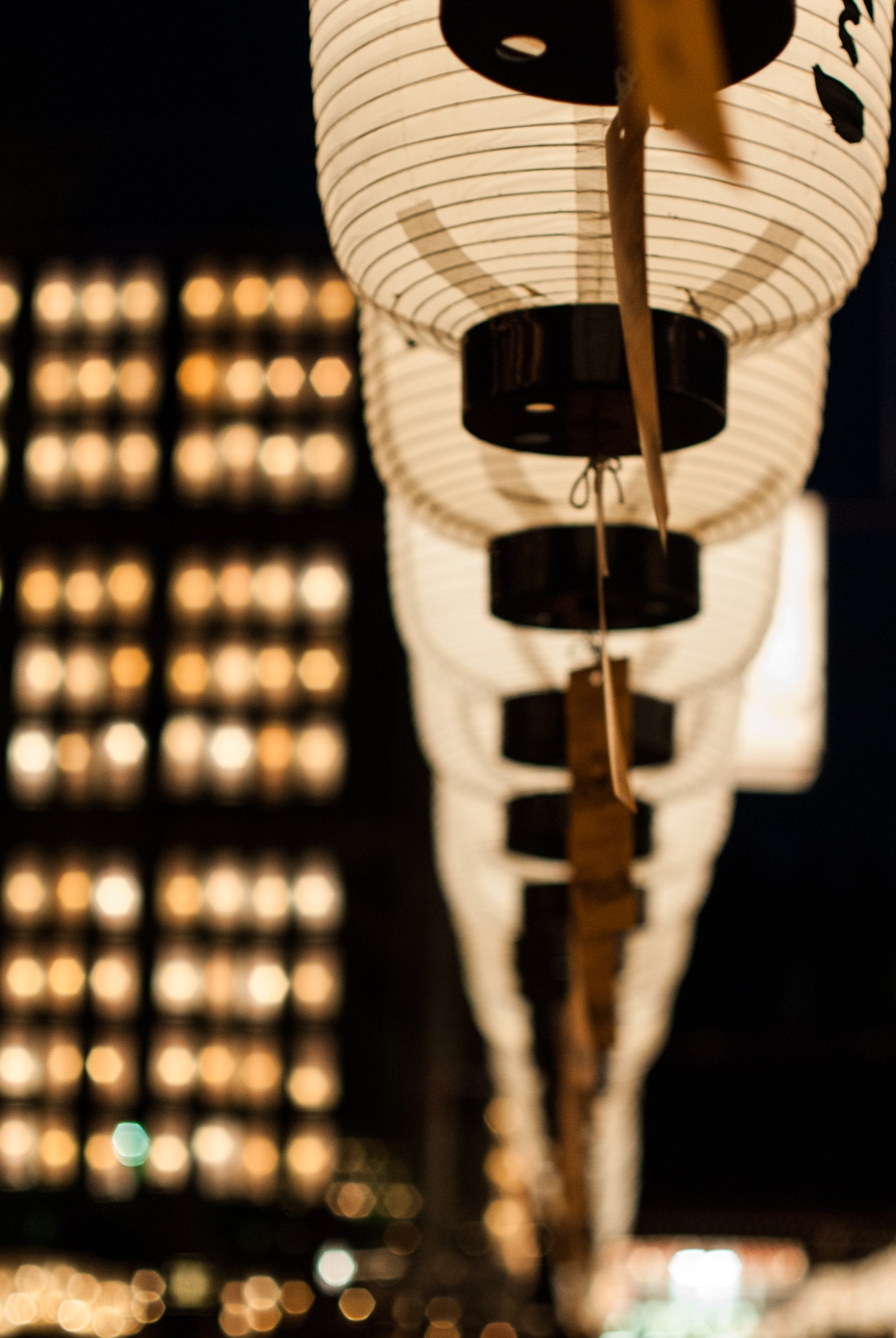 Unsurprisingly, the 1000 lights festival is quite popular and the whole town gets into the spirit. From Taga Taisha-mae station, the houses and shops along the route had their own pyramid shaped displays, no doubt hoping to attract some of the crowd.

The massive torii gate next to Taga Taisha-mae’s train station marks the entrance to the shrine.

Shops along the path hang their own mini-displays.

There are two entrances to the festival. Walking from the station’s direction, I entered through the shrine’s small car park and followed the lines of lanterns. I walked past festival food-stall alleys, past a Chindonya band in their Edo era regalia who looked a bit like the one-man band from Mary Poppins, and pushed into an ever thickening crowd of yukata clad women and children, only slightly outnumbered by serious photographer types carrying tripods and step-stools. 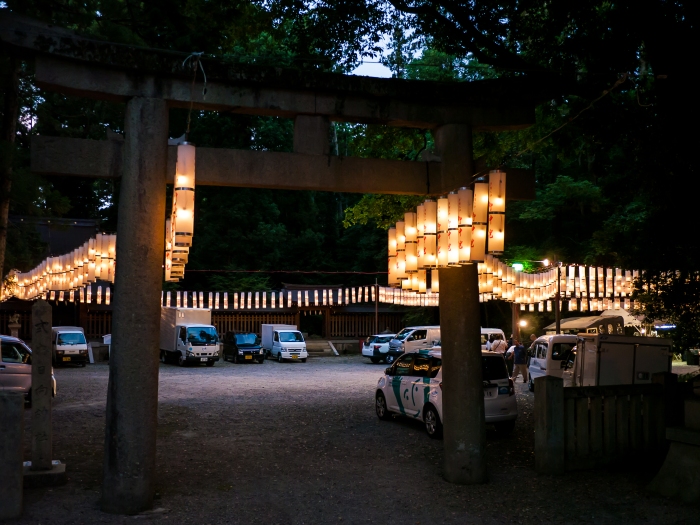 Entering from the back of Taga-Taisha shrine, visitors can enjoy the smaller displays before hitting the wall-to-wall light extravaganza at the other end.

A group of friends in yukata step away from their shopping for a photography. 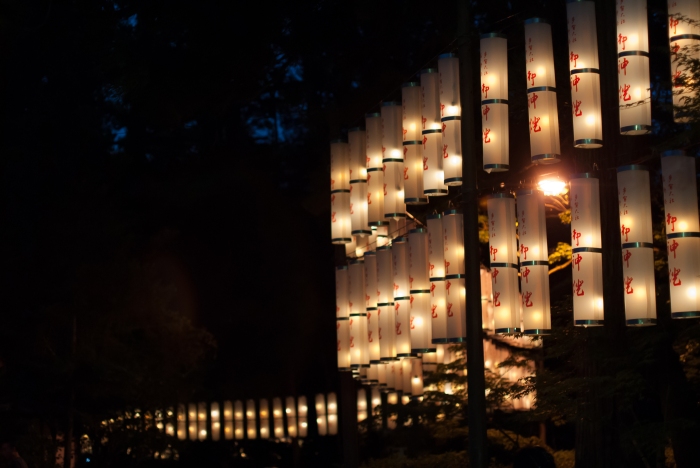 Lines of lanterns light the path.

People line up to pray at the alter, maybe thinking of deceased loved ones or asking their help in the coming year.

The grounds of Taga Taisha are wide and rambling, so expect a lot of walking. 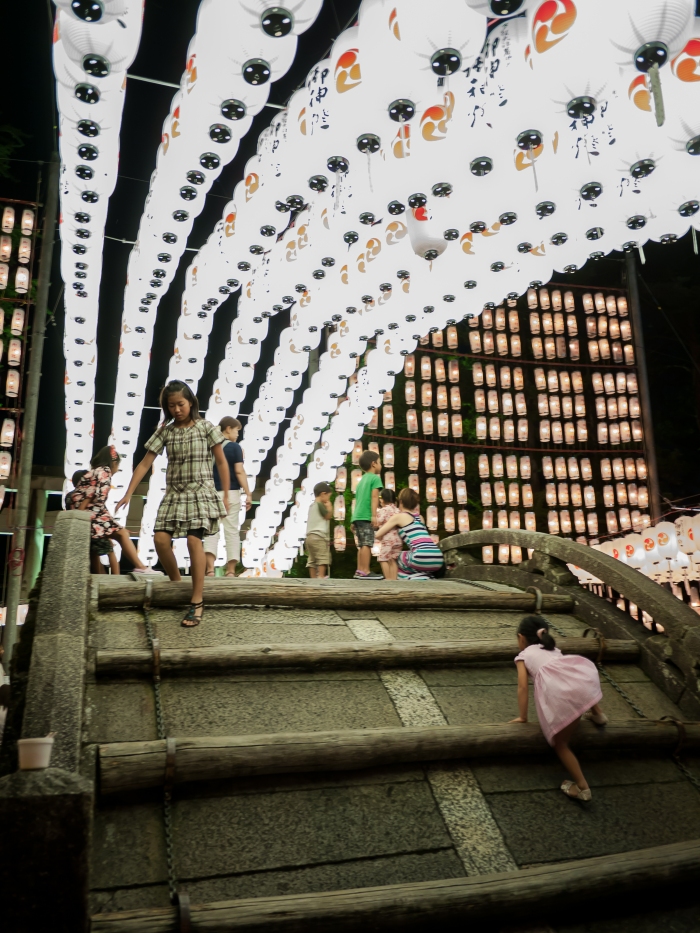 A steep stone bridge was fun to climb for young and old. 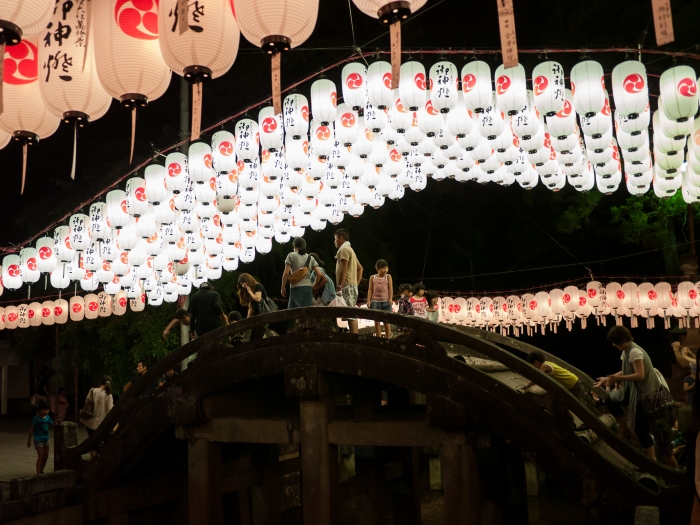 From Hikone Station (Japan Rail) take the Ohmi line (Ohmi Railway) to Taga Taisha-mae station. The final night hosts the biggest celebration with a full kabuki play under the lights.

12 thoughts on “Light Up The Night: Taga Taisha’s Lantern Festival”