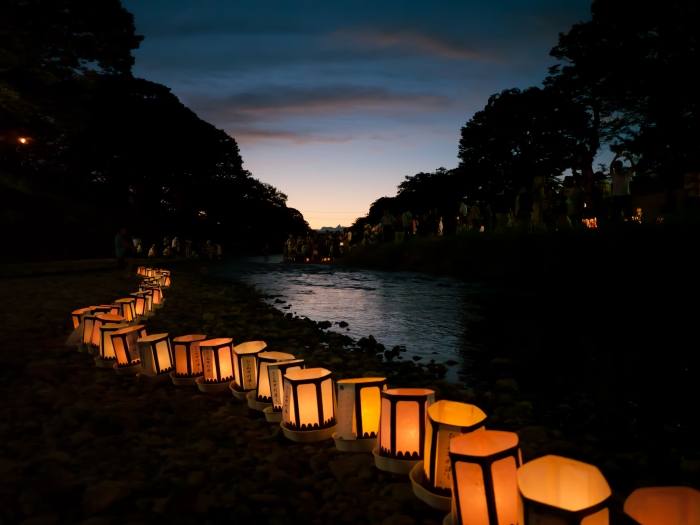 Pre-prepared lanterns line the river bank, waiting for the festival to begin.

August 6th, same night as the Nagahama fireworks festival (reputedly excellent), and the annual memorial ceremony of the Hiroshima bombings, along a small, shallow river in Hikone,  a thousand lanterns float down towards Lake Biwa. 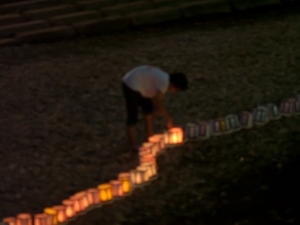 Lantern festivals like these are often a part of Obon celebrations in Japan, symbolising the journey of souls into the afterlife. The custom is to write a wish for the coming year on a lantern before setting it afloat.

Symbolic of the departed, wishes are written on the lanterns in the hope they will be granted in the following year.

Unlike the other festivals I had visited during the summer holiday season, there were no cheerful yatai hawking ika-yaki (squid on a stick) and kakigori (shaved ice with flavouring), though attendees could buy their own lantern kit, with pens provided to write their wishes.

As dusk deepened, priests arrived and took part in a short ceremony, while families made their way down towards the waters, in order to secure the best launching points. 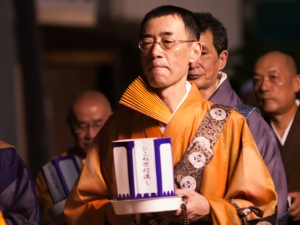 As the priestly chants died away, a local flute band struck up, doing covers of various soothing elevator songs, and slowly at first, lines of bobbing lights started making their way downstream.

Serigawa is quite shallow, only shin deep in most parts, and it didn’t take long for people to wade in, with photographers and children the most eager to get their feet wet, and only the occasional, accidentally swamped candle.

Families wait on the river banks, readying their lanterns for launch.

A lantern floats down the Seri-gawa, past spectators (on and *off* the river banks) towards Lake Biwa. 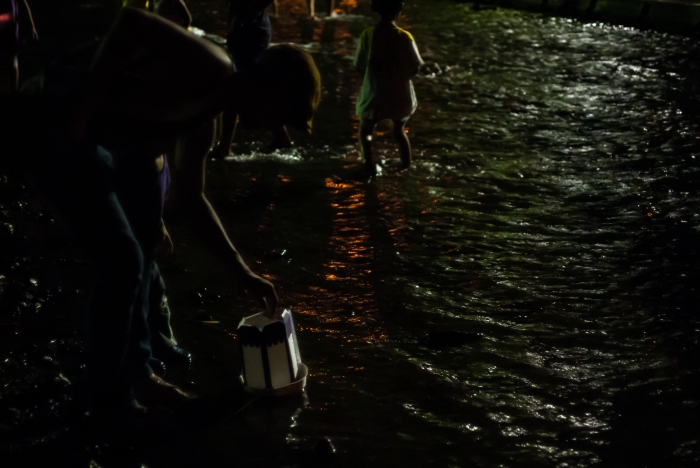 A father helps his young son stay upright in the slight current, while attempting to rekindle their doused lantern. 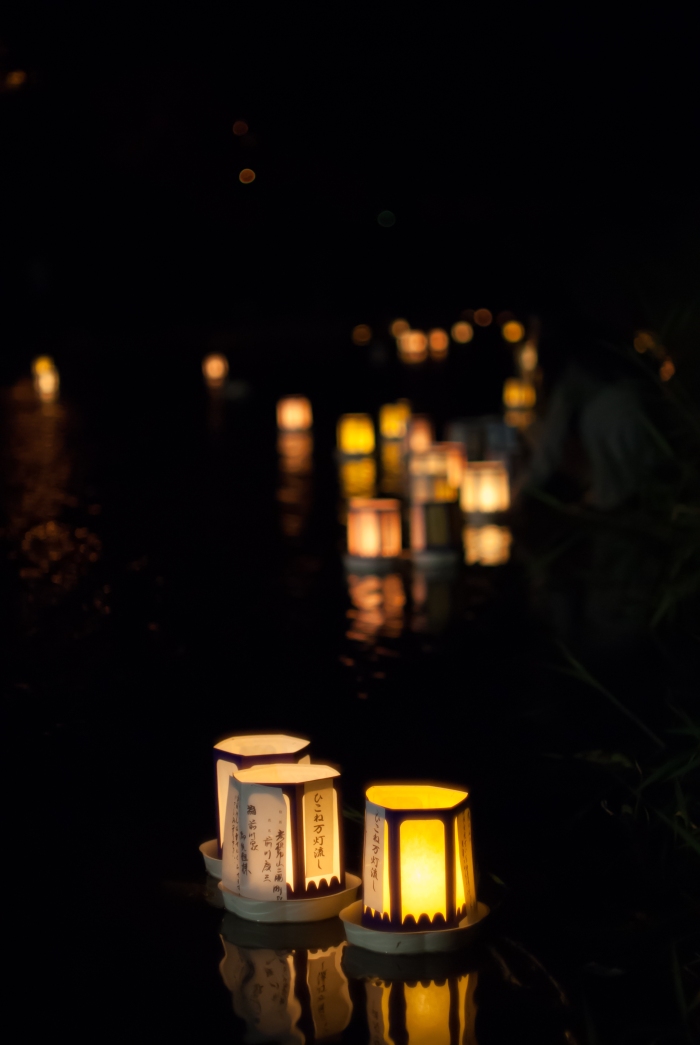 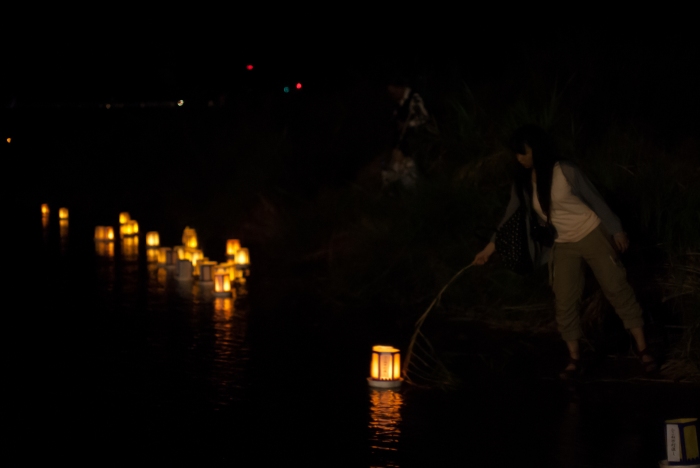 While the Serigawa is a speedy little stream, reedy banks created pockets of still water that required a helping hand/branch to steer them out of.

Hikone’s Serigawa lantern festival was a beautiful, relaxed little ceremony, that caused me to totally underestimate the level of involvement in the Tanabata festival a few days later (more on that next time).