Tomorrow, March 11, 2013, it will be two years since I fled Ibaraki. I never thought I’d miss it this much.

I remembering moving in.

I had scored the job I wanted, and the apartment was large. The town of Naka is pretty small however, with one main road and a scattering of houses. I wasn’t really sure what I thought of it at first.

I remember two very busy and sometimes lonely months. The kind of settling in and stretching out period that every new move brings. I learned the routes to my 5 schools, and visited Fukuroda Falls and celebrated hanami with my husband in Mito’s Kairakuen Park. 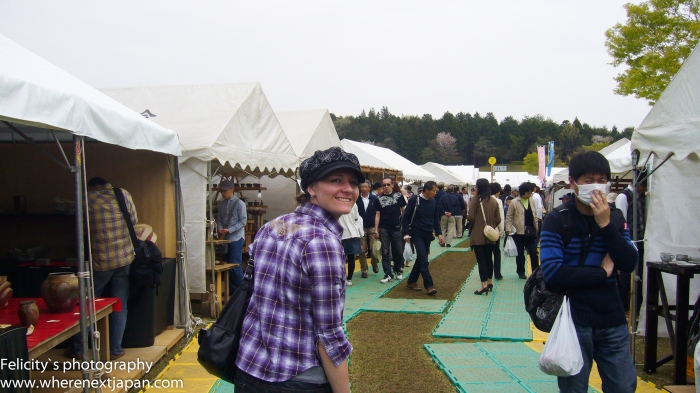 We bought a fish tank.

And caught fish to put in it.

But at first it was pretty lonely. Fish can only help so much.

My first friend was a local who had lived a year in Australia and loved all the same indie rock bands. Apart from excellent music taste, Hiro was the reason why I saw the famous blue fields of Hitachi Seaside Park, experienced eating grilled sweet-potato on a wintery beach, and had some excellent company at all our summer BBQs in between.

There is nothing like a hot sweet potato, freshly baked, on a cold beach in winter.

After Hiro, I began to meet and make other friends. Those I felt closest to were Ken, ever patient (and frequently victorious) Magic The Gathering opponent, and super cool, craft and cafes buddy, Natsumi.

I remember meeting Ken’s Yosakoi troupe, and his encouragement to join a local club or sport as well. 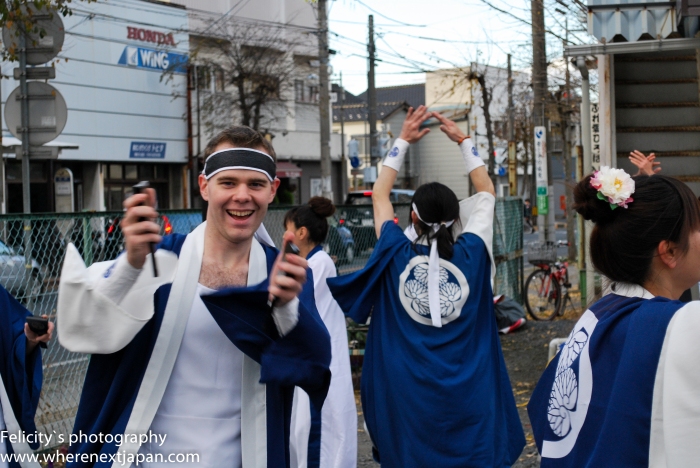 But there was too much to see. 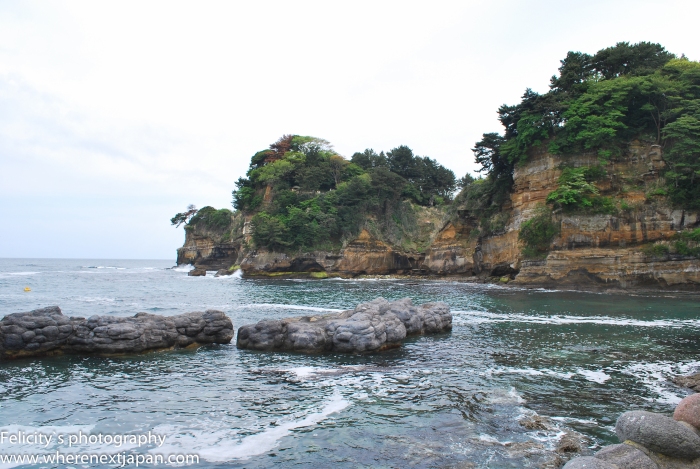 Along the north Ibaraki coast 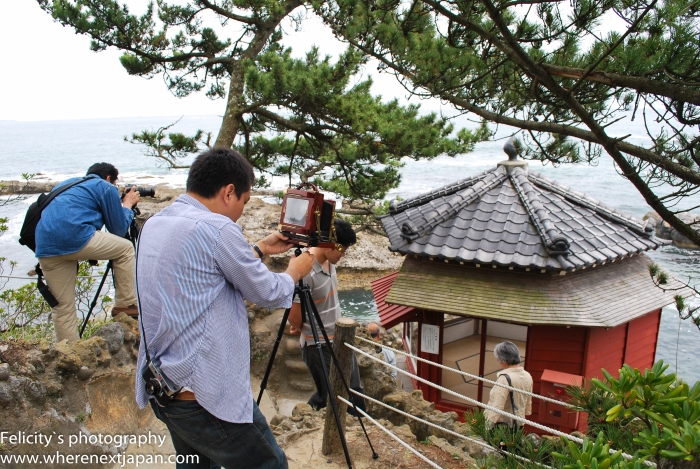 Too many rivers to visit. 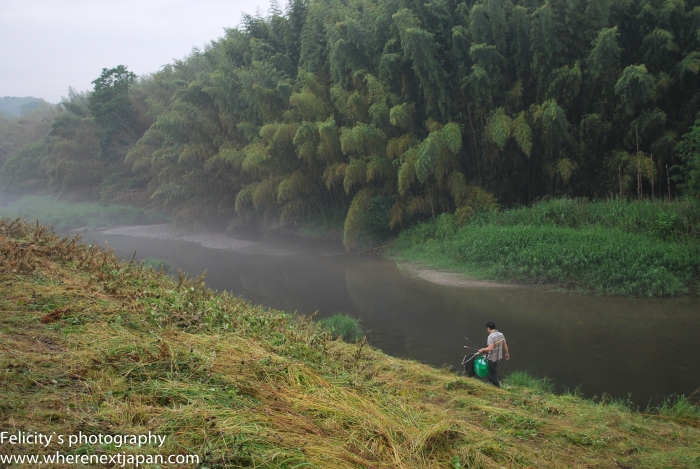 Too many BBQs to enjoy.

I remember summer with friends. 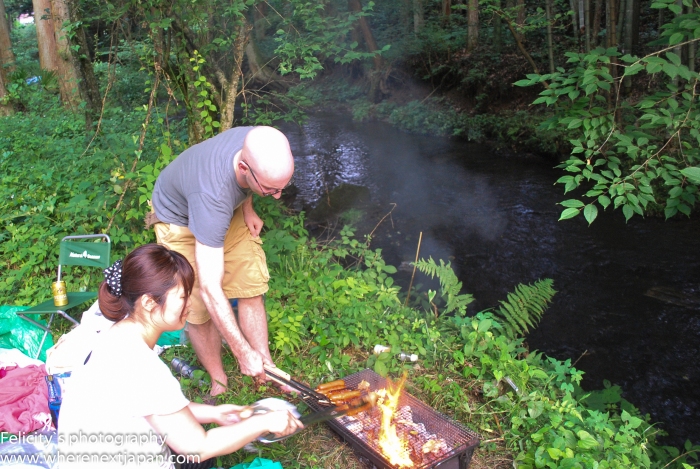 Natsumi, Hiro, her friend and Natsum’s husband setting up a BBQ that would later be swamped by a rising river. Don’t park in a river bed, folks.

Summer morphed into autumn, and my favourite adopted holiday, Halloween came around. I was a pirate called Johnny Depp. 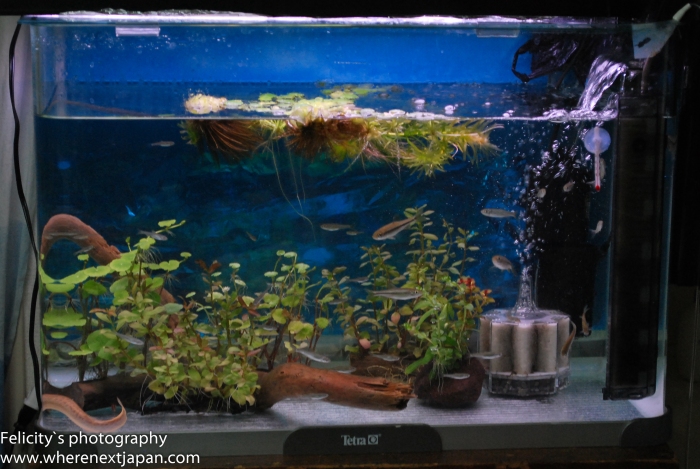 We spent less time in Ibaraki, and more time exploring the gorgeous autumn colours of Fukushima’s Bandai-san mounain, the hills of Tochigi’s Nasu Kogen and the winding rivers through Aomori’s Oirase gorge.

To be honest, compared with many parts of Japan Ibaraki doesn’t have much of historical, cultural or natural interest. What I find myself remembering most frequently are the faces of teachers I worked with, the antics of my students, the Indian buffet restaurant we celebrated birthdays at, eating tiramisu with my excellent boss, spending time with my friends. 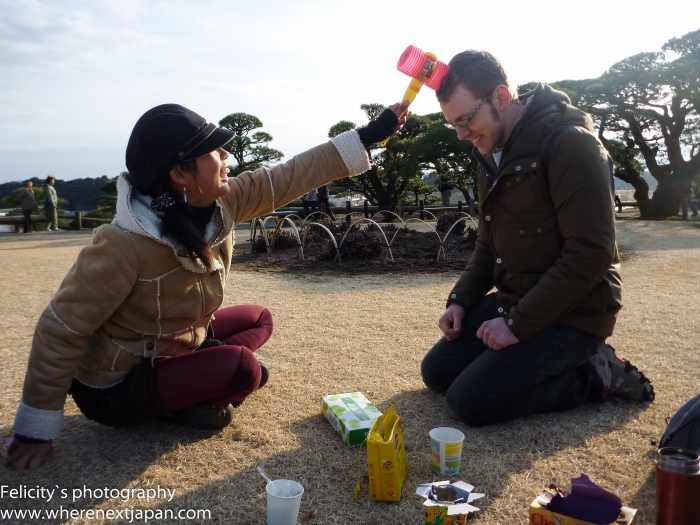 A bit early for hanami: we played a silly game, picnicked in late February, 2011, in Mito’s Kairakuen Park