Chieko Kiriaki is 86 years old today. Energetic, talkative, warm and friendly, she is a pleasure to spend a day with. She is also a survivor of the A-bomb dropped on Hiroshima, August 6th, 1945. Below is an excerpt of her story:

In March, I was sent out to meet Kiriaki-san, for a piece on the few remaining survivors of the Atomic bombs in Hiroshima and Nagasaki. I was given very strict instructions on how to compose my shots.

You must ask her then to bring them to the spot, so that we can compare now and before. Having the pictures, when you go to one of those historical place, ask her to hold the picture like this: 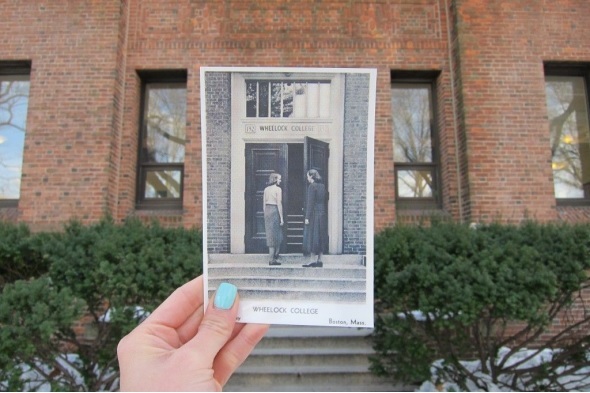 While she is holding the picture, make establishing, behind the shoulder, and close-up shot.

I took the shot list along with me on the train, trying to memorise all of the different angles desired, as well as the long list of questions they had prepared.

I was a little nervous about meeting Kiriaki-san, to be honest, because older Japanese people tend to be quite difficult to understand. As I set up my equipment, I asked her a few, unrelated questions about her family, and life, and happily found her very easy to talk to and understand. I was told later, there are a few times when she used simpler Japanese than she needed to – undoubtably to help me.

There were so many questions I was told to ask her. We did a marathon 2 hour interview session. One of the staff from the Hibakusha (atomic survivors) centre came up to check on Kiriaki-san, and send a warning glance at me for keeping her so long. She was so bright, and energetic though, even as we talked through some of the most harrowing moments of her life, she only teared up slightly though I was ready to bawl through most of it. Her way of speaking is so clear, and calm, but the way she chooses words provoked pictures, like a movie, in my mind.

After the interview, we had lunch, and then Kiriaki-san suggested we walk to the A-bomb dome. It was only two kilometres away, but for an 85 year old woman, that can be an exhausting distance. Not for Kiriaki-san! In fact, later, when we visited an army uniform factory where she had worked, we had to get a shot quickly, before the construction workers closed the gate, and she ran! I had to stop her! Can you imagine, if she had fallen, how I would explain to everyone why she was running??

We ended the day walking along the street where she had lived as a child. Her house is still there, though it’s boarded up now, and checked occasionally by her children. This was the most emotional I had seen her all day, as we literally walked along her memory lane, the first time in over a decade that she had been here. She pointed out all the shops that had changed as we walked.

Meeting Kiriaki-san was such an honour. Her story reminds us of the tragedy in war, when innocents are made to suffer for the choices of governments. She gives us hope, that despite the awful trauma both individuals and countries suffer, that all can be healed, not by forgetting, but by sharing.