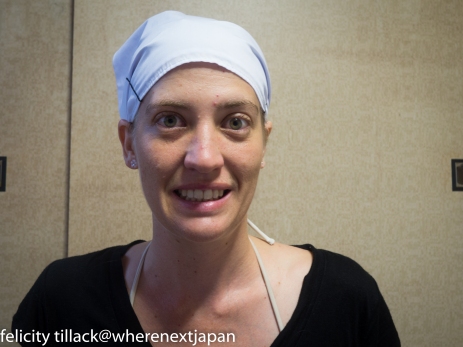 Pumped for my first day on the job.

October was the season of festivals. This one occurred at the main shrine in Kongo Buji.

A rare photo of me (thanks Miho!)

Opening day at a new shop for Kadohama tofu – the shop that provides the seasame tofu for the guests at my temple. 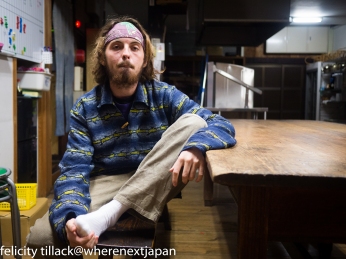 Jack’s first night on the job.

Jack and I pose with a “Pop” tea teacher, and were later broadcast on NHK.

This is a beautiful example of Japanese sweet making. It costs around $500. 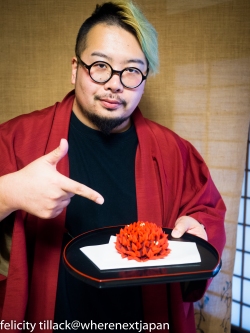 We all got to try some later. (Thank you tea-sensei!)

The view along the street walking from my temple into town. 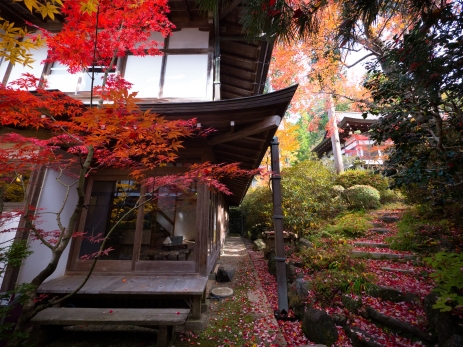 The stairway from the garden to the main hall turns red. 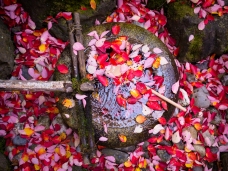 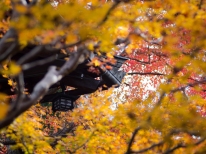 Looking up to the main hall from our garden in the middle of autumn.

NHK ran the tea-ceremony video of us. My 15 mins of fame!

We decided to give Jack a haircut. He said it wasn’t the worst he’d ever had.

Jack at the mid-point, with his new haircut. Sadly, I didn’t catch him post-shave when he actually looked 21.

Jabbara-michi, the path from the town to Garan, at its most beautiful.

Hundreds, if not thousands of tourists visit.

Miho showed me how to climb the roof. A guest wanted to join us, but we said no. 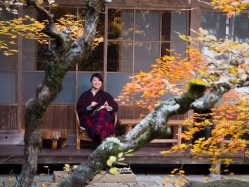 Yumi and I enjoyed every moment we could of autumn.

The season begins to change.

It was so brief.

A mystical scene, looking up through the branches.

A foggy morning in Koya. 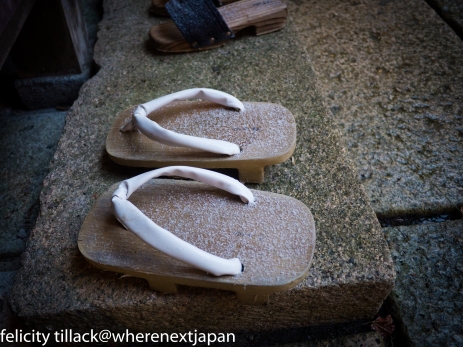 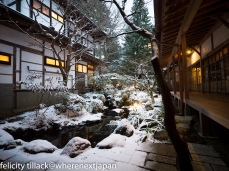 The first heavy snow hit on the 16th.

Monks still need to do their duty. 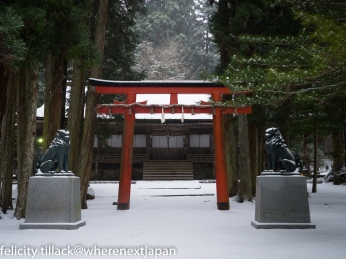 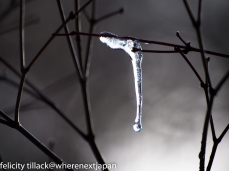 The torii gates up to my favourite shrine.

Jack with his room mate Hamu (right), and best-friend(?) Kassan. 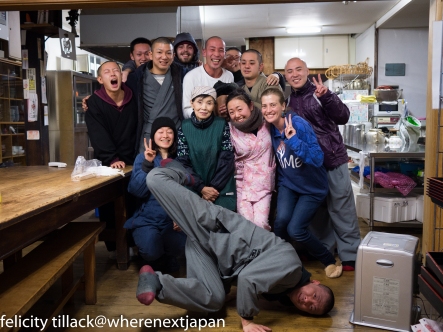 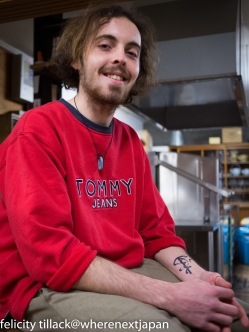 If you want to read more about the background to these photos, and why I’m in Koyasan, make sure to check my previous blogs So you want to live in Koyasan; Yappari Gaijin Da; Boys and Girls, and I live in a Buddhist temple and every day is different and I hate rice.