Tours, home-stays and “taiken” – the Japanese word for short trial experiences – are increasing in number and variety as foreign travellers flood through the gates of Narita and KIX.

From cooking classes and food tours through Kyoto; to making miso soup in a farm-house, followed by a bicycle jaunt through the countryside; to staying overnight in a Buddhist temple entrepreneurial agencies are getting inventive as they appeal not only to first time Japan visitors, but the many who feel drawn to return over and over again.

StayJapan is one such company, competing against traditional hoteliers, and individual Airbnb hosts in Japan’s booming travel accommodation sector. Their slogan is “More than just a stay”, and along with self-contained, inner city apartments, they manage an assortment of home-stay options: from farms in Okinawa to fishermans’ shacks in northern Japan. Increasingly, feedback from guests indicated that the experiences were popular, and that people wanted to delve even deeper into Japan’s culture. 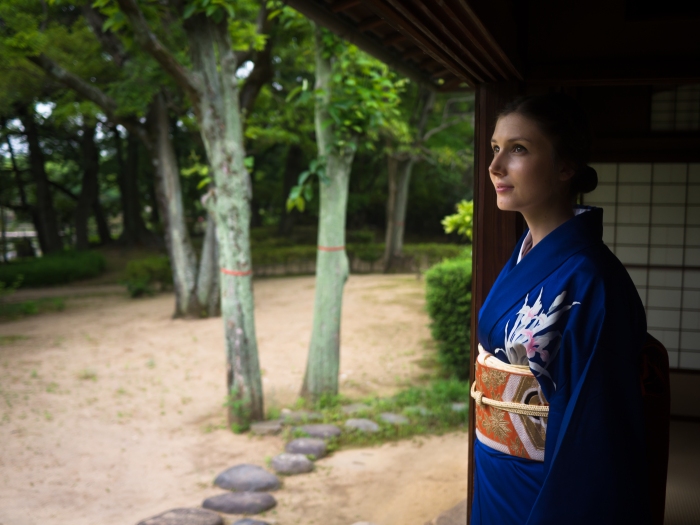 A new StayJapan tour, slated to start in June 2017, aims to address this desire. Over two days, participants become acquainted with the ways of Japanese tea ceremony.  I joined their trial in May, along with a French woman, and three Chinese women, to give feedback on the tour, now in its final stages before launch.

The tour provides a range of traditional, cultural experiences from flower arranging, to origami however, the main theme of the tour is tea-ceremony. The flowers we arranged are a special kind of ikebana, called cha-bana, or tea flowers, and would sit in a little nook of the tea-house. We spent two hours on the first day, dressed in kimono, learning how to perform tea ceremony, both as a guest and as a host.

The second day, we were taken to an actual tea-house in Sakai, where Japan’s founder of tea, Sen-no-rikyu, was born. There we took turns performing tea-ceremony, with the support of our teacher.

First, we learned the intricate, and sometimes frustrating, forms of the tea flower arrangement. By the end, we were all proud of our creations, and experienced a deep feeling of satisfation. 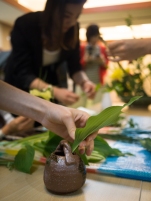 I prefered creating the simpler style. With a cute vase, and a sense of less is more, we were encouraged to enjoy the shape of a leaf, or a bend of a single flower stem.

After putting on kimono, we spent several hours practising the intricate motions, and ritual words used in tea ceremony.

In the evening, an origami teacher taught us how to make butterflies and Mt Fuji. 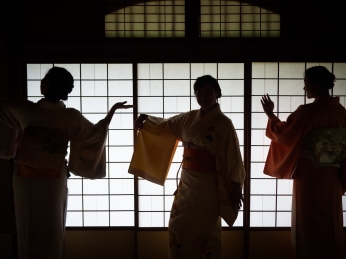 After performing tea-ceremony in a beautiful tea house, we relaxed, and took some shots of ourselves in kimono.

A professional photographer came along to take some media shots of us in preparation for the tour beginning in June, 2017.

StayJapan is hoping with tours like this to give travellers a greater understanding and appreciation of Japanese culture. Even as someone who has lived in Japan for many years, and has taken taiken lessons of tea-ceremony, and wearing kimono, I enjoyed the chance to spend more time perfecting the skills, and the chance to go a bit deeper.

#StayJapan provides #experiences for #travellers who want a deeper look at the complex #culture of #Japan. #Share if you know someone who'd like to try this tour!