At the end of 2017, I fell in with a tribe of indie film-makers based in Osaka. I have been doing the travel videos, and the Japan culture explainer videos for a while now, and in the summer of 2017 even dipped into making a short drama series for an ESL text book. But these guys, (these guys being Jack King and Hamish Downie) had more ambitious plans at play. Jack was set to film a dark and beautiful short film inspired by Japan’s aging population, and the struggles of caring for parents alone, set in the wintry wastes of Hokkaido. Hamish wanted more, wanted his first feature, shot in a frenetic four days as the DoP, Paul Leeming, his long-time co-creator, would be flying in from Amsterdam. His title, Kodokushi, the Lonely Death, might be a clue that it is not an upbeat film, but it is very well acted, and gorgeously filmed.

With all this creative energy flying around, and the opportunities for me to work with both Jack and Hamish on their projects as camera assistants, and the editor of Kodokushi, I guess it’s not surprising that I wanted a piece too and in March, 2018, started filming my first feature, Impossible to Imagine, or 想像が出来ない (souzo ga dekinai).

No small steps here… straight from vlogging, to directing a feature, fully self-financed.

Writing the script took a long time. The outline was done by the time of first filming, but revisions continued right up until the night before the final scene was shot. Biggest revisions came as my script advisers (three friends willing and engaged enough to read through and send back notes) pointed out weird inconsistencies, and unnecessary monologues. Scene 1 was written just before the final full day of shooting as I realised the archival footage I was intending to use to open the film would not be available legally to use, and the final scene was pulled together quickly later when the strict drone laws in Kyoto kept me from taking the closing shot I wanted. One tip from this is that flexibility is essential.

Impossible to Imagine is not a dark film, it’s actually quite sweet, and I hope, believably romantic. It is also very topical – set in 2018/2019 – as the Japanese Emperor gets set to abdicate, and Japan’s ageing population tips ever closer to the danger point. I’ll speak more about the film’s themes in a later blog.

Hamish cautioned me to take my time. His experience shooting Kodokushi over 4 days was only stress – no chance to really enjoy the camaraderie of the film set, no way to really review the shots (most were done in 2 takes) and no margin for error. “Do it on the weekends,” he said, “Hire locally.” Good advice. Our monthly, or twice monthly, Sunday or Saturday one day shoots were a lot of fun. The actors had time during the weeks prior to come over and rehearse with me, adapting the script to their characters more naturally, and becoming friends at the same time.

The generosity of friends and new acquaintances kept the film going. Access to a fantastic location, the tea house Camellia Garden in Kyoto, for free (Atsuko even preferred me not to bring thank you gifts); crew members coming out from Osaka, Ikoma and even Kobe for little more than lunch; all my school coworkers agreeing to be extras; an Aussie stock-footage shooter called Aaron, who stepped up as an excellent AD, and second camera operator; Kanamori, a member of the Japanese film-maker association, bringing his massive wind-blimp sound gear to an outside shot; local director Junichi Yasuda giving encouraging advice and lending me his slider; Hanako Ward, an Australian/Japanese composer letting me use her beautiful compositions in the film. People are kind. 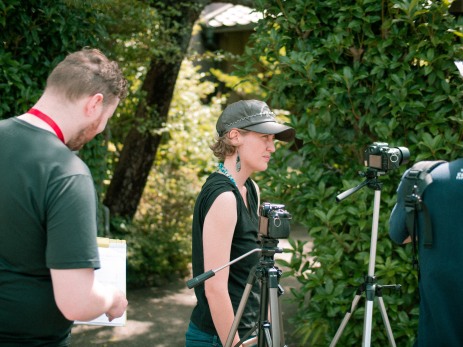 This is my resting face… I’m probably not as tense as I look. 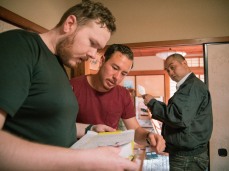 Aaron checks the shot list, as William (playing Hayato) checks what scenes he has coming up, and Kazuya (playing the father) reviews his lines. 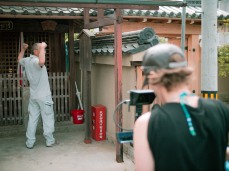 Akira Nishide (playing irritable neighbour) warms up before his take. He’s much more comfortable with comedy films, than the rather grumpy role I asked of him. He liked to keep us entertained between takes. 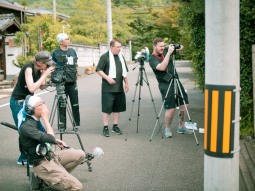 Three cameras, one take. This is how I cut down on time on the day. It makes colour grading harder though. 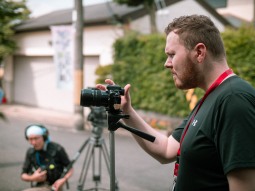 Aaron keeping his eye on the close up. 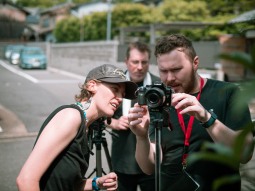 Aaron and I checking the framing of a shot. 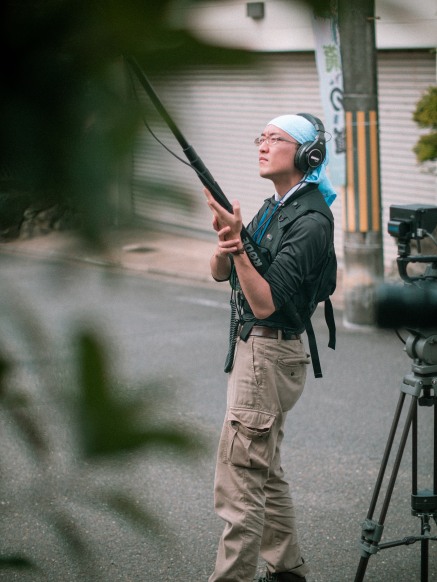 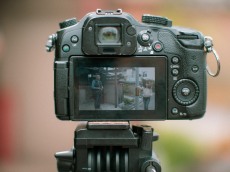 As you can see, I don’t have amazing gear. None of my cameras are 4K capable, and the tripod gets me comments from every other person. But, at the end of the day, it gets the job done. 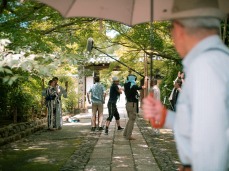 A local interested in our set up. We do stick out a bit… 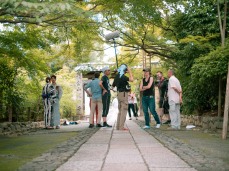 This might have been when the drilling from nearby construction started up.

Tsukuda-san, a capable and experienced film-maker, organiser of the Osaka Filmmaker group, manning the clapper and keeping scene notes. 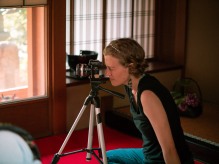 Checking if the shot is in focus 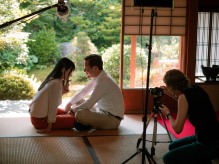 How can actors do it? Pretend that all this gear and people around them don’t exist? Respect!

BTS photos of the final full day of filming courtesy of Benjamin Esterle, who also shot the amazingly romantic poster, to be revealed later.

Anyway, I condensed my learned lessons into a short vlog below. (surprising?) Tips from filming Impossible to Imagine 想像が出来ない.