One of the four great views of Japan, Matsushima is a collection of 260 islands, enjoyed by the thousands who visit, and colonised by thousands more seagulls.

This famous haiku sums up a poet’s feeling on viewing the islands of Matsushima, clustering thickly by Sendai, in Miyagi prefecture. Before the 2011 triple disaster, this was an incredibly popular destination, and thanks to the protective natural wall, the area sustained far less damage than the rest of the hard-hit Miyagi coastline. The World-Heritage listed shrine, Zuigan-ji, which lies metres from the shore, and Godaido hall, which was built actually out into the bay, escaped destruction from both the 9 magnitude earthquake and the subsequent tsunami.

An attempted shot through seagulls of the Godaido hall (the roof of Zuiganji is visible behind it) from the deck of our ferry.

Passenger ferries made frequent loops of the bay, along with private pleasure boats and working fishing vessels. Following all of them were clouds of seagulls encouraged by tourists flinging bags of prawn flavoured chips at them. This was fun, but the insatiable birds made it difficult to actually view the islands, and many a photo captured a sneaky wing-tip. 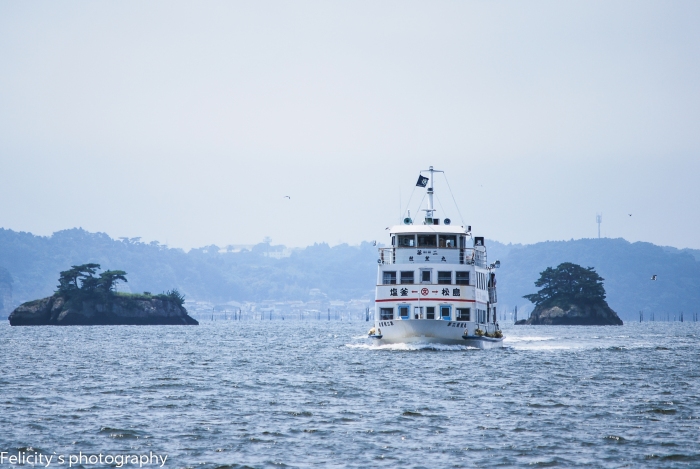 A passenger ferry making its way back to port.

Our faithful companions. Look out above!

Faster! They’re gaining on us! 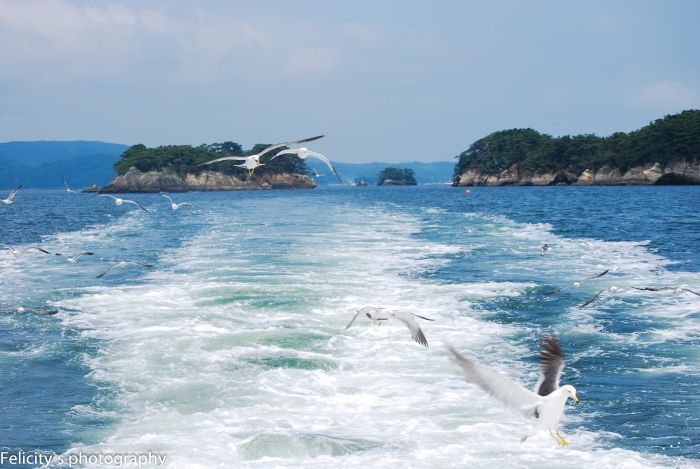 It was almost impossible to wait for a clear shot. 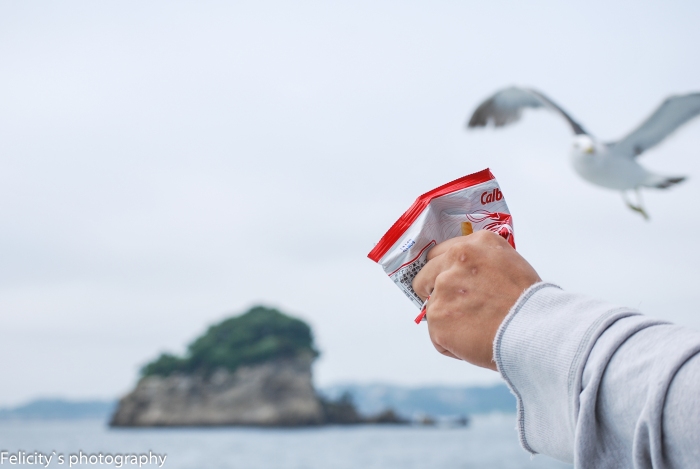 The culprit: Calbee ebi chips. The seagulls home in.

Seagulls nest on one of Matsushima’s characteristically craggy islands. Grayish young hide In the shade of the shrubs.

Apart from pleasure cruises, Matsushima bay was where fishermen cast their nets, and set up lines of logs to farm oysters and scallops. While I don’t know the damage done in Sendai, the tsunami wiped out fishing vessels and infrastructure all along the Tohoku coast. While Sendai, a large, historic city with the benefits of tourism, will recover, other communities in Miyagi are faced with a difficult rebuild from scratch. 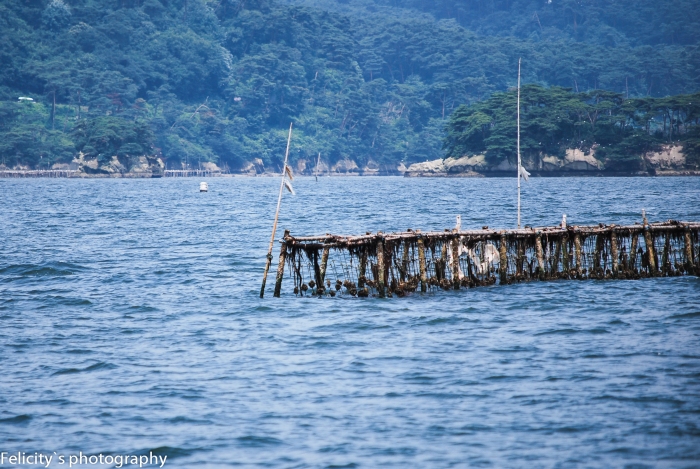 Line of net and wood crisscross the bay, some possibly fish farms, while others are homes to oysters or scallops.

A group of fishermen try their luck. Fishing vessels line the shore behind them.

A local fishermen punts his boat around to check his nets.

Avian fisherman: cormorants perch on a rock, keeping a sharp eye out for some tucker.

Lovely day for a sail. Just watch out for the nets!

Visiting in 2009, parts of Zuigan-ji were under reconstruction, and unfortunately I didn’t take much more than memories of that beautiful shrine.

Of Sendai as well, I neglected to focus my camera on anything but the famous islands, and its many resident seagulls.

It may be a long while, but I hope I can go back one day to the city and beautiful Matsushima.

Have a travel suggestion, photography feedback or anything else to say, make sure to leave me a note in the comments!