A mascot and his handlers enjoying a rare amount of space.

Imagine a sensation that is at the intersection of cute and vaguely creepy, and then imagine a festival devoted to it.

That’s something akin to what Hikone’s Yuru Kyara Matsuri, an annual festival devoted to the nation’s many, many mascots, feels like. For those allergic to  “hordes of keitai (mobile phone) waving people screaming, ‘kyaaaaa~!'” (as one previous participant describes it), late October might not be the time to visit Hikone. 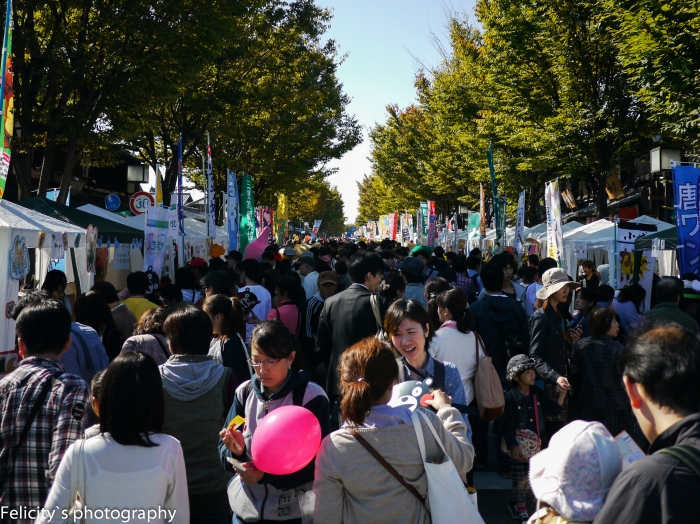 The vast majority of onlookers however are well-behaved, if determined to get their photo-moment. The word ‘hordes’ does not overstate the amount who visit, some even taking a bus tour to the event, hoping to see their favourite fuzzy super-stars.

While Japan has a knack for creating cute characters, to be truly yurui the creators must, in their quest for adorability, try too hard and end up with something… else.

While definitely an attractive shade of pink, I don’t know how the creator thought they could make a giant tissue box cute, or if they thought the bow would help

The term “Yuru Kyara” (also sometimes written as Yuru Chara, being short for character) was first used by TV commentator and essayist, Miura Jun in 2002,  to describe the ‘boom’ in strange mascots for everything from sports stadiums to shopping arcades. Each prefecture in Japan has one, and Hikone, for the castle’s 400th anniversary, commissioned what would become the most popular Yuru Kyara: Hikonyan. 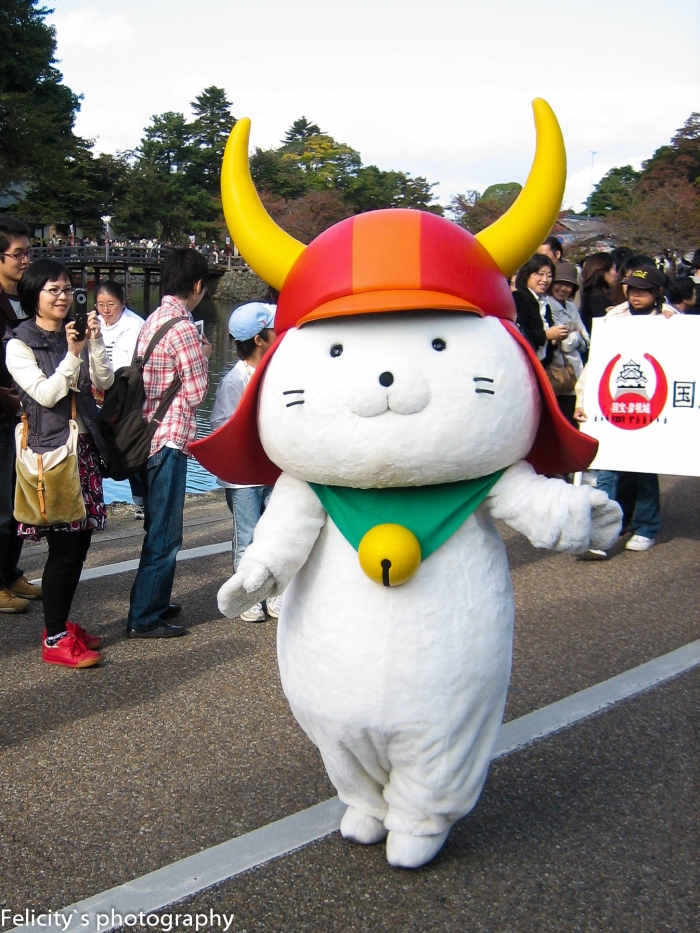 Outside of Shiga prefecture, Hikonyan is better known than Hikone. This leads to occasional conversations like this:

Created in 2007, the popularity of Hikyonyan was no doubt the reason that in 2008 the city began to host the Yuru Kyara festival.

People squeeze between two yuru-kyara, eager not to miss any of the favourites.

Photographers need to be aware that there is very little space. A lot of gear means gridlock within the pack of people, prams and huge, unyielding mascot bodies. However, as neat semi-circles form about the talent, you may find yourself wishing wishing for a stepladder that some of the other semi-pros sport. 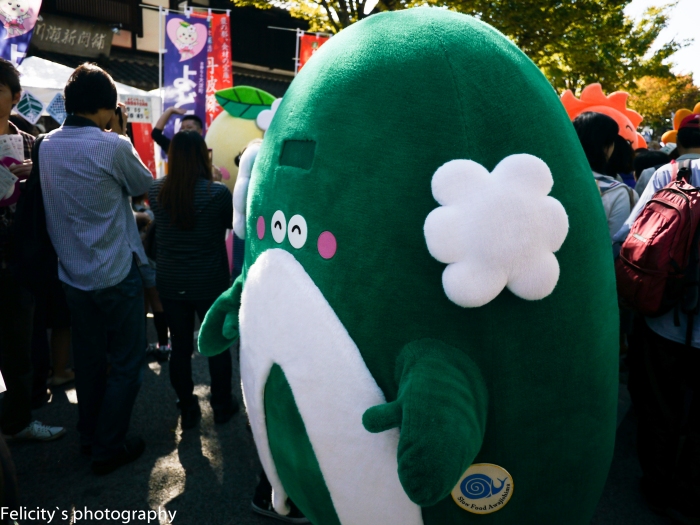 Visibility and girth are popular traits in yuru kyara.

Yuru-Kyara watchers should keep an eye out for famous mascots: Sento-kun, the antlered Buddhist monk mascot, or Toripy, Tottori prefecture’s rotund bird mascot. I was lucky enough to meet one of my personal favourites Koya-kun, the mushroom shaped mascot of Koyasan.

While the not everyone likes them, Yuru Kyara are another wonderful aspect of Japan. I love the wacky (if difficult to determine how exactly they represent their city/sports-park/arcade) designs; the cheerful cavorting and endless ‘one more photo!’ patience from the human souls of these heavy, hot fibre-glass bodies; and also how excited kids (and adults) get while shaking the mascot’s hands, giving bodily hugs, and unloosing the occasional ‘kyaaaaaa~’. 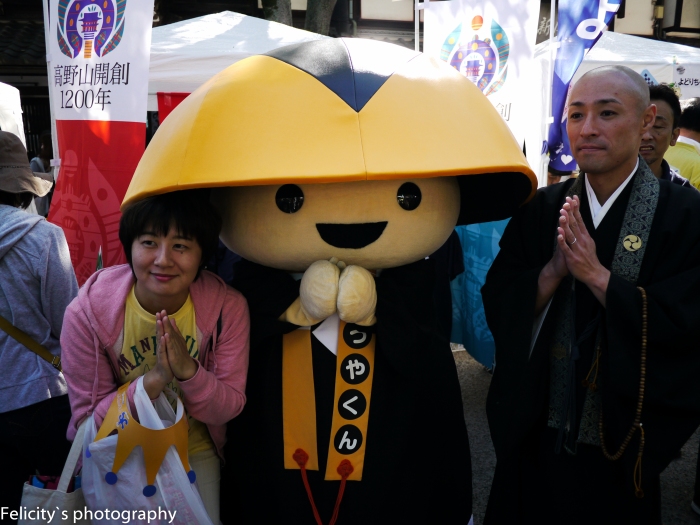 A woman poses demurely with Koya-kun. He was, however, crash tackled by many excited children that day.

14 thoughts on “Mascot Madness in Hikone”